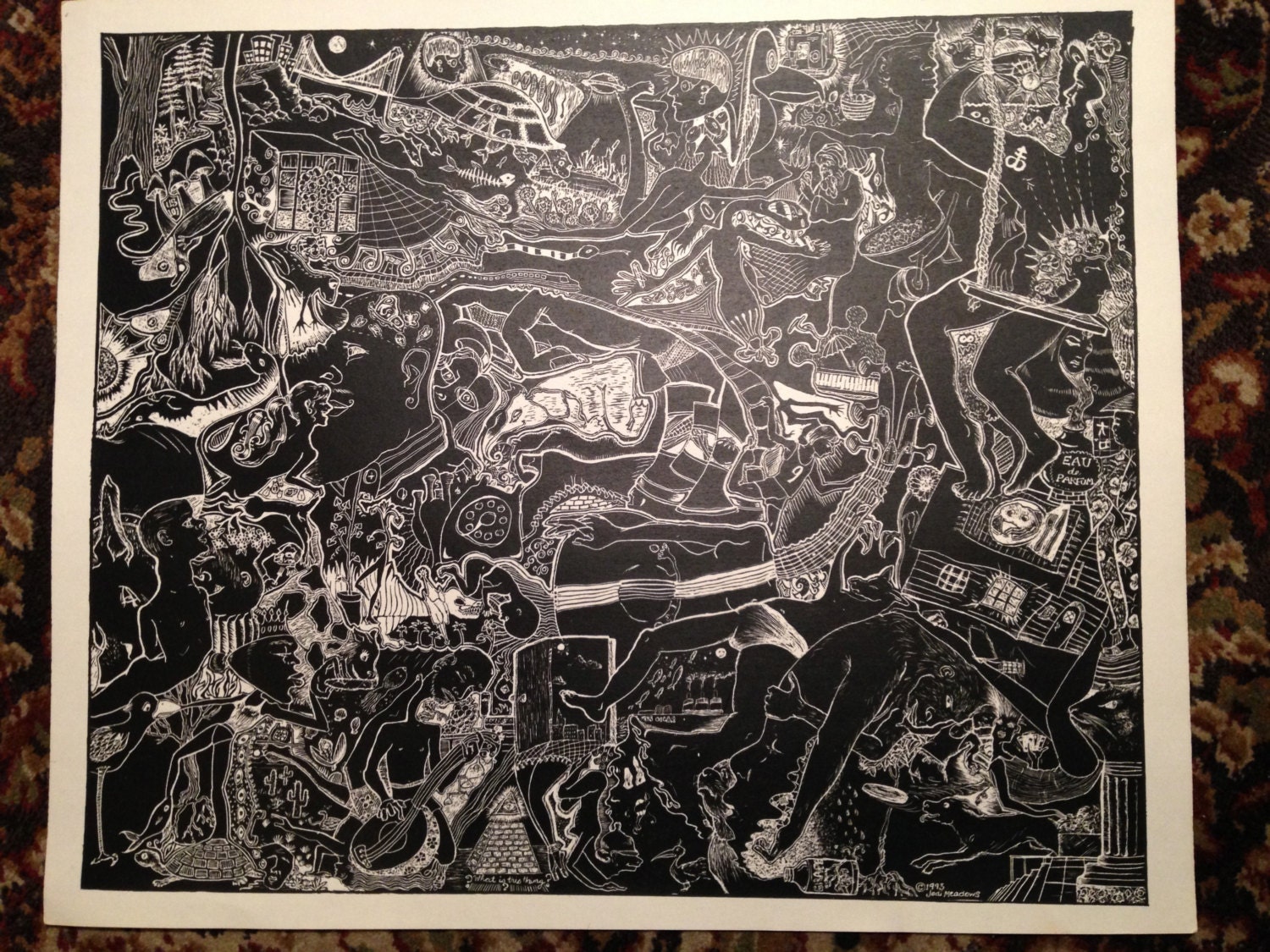 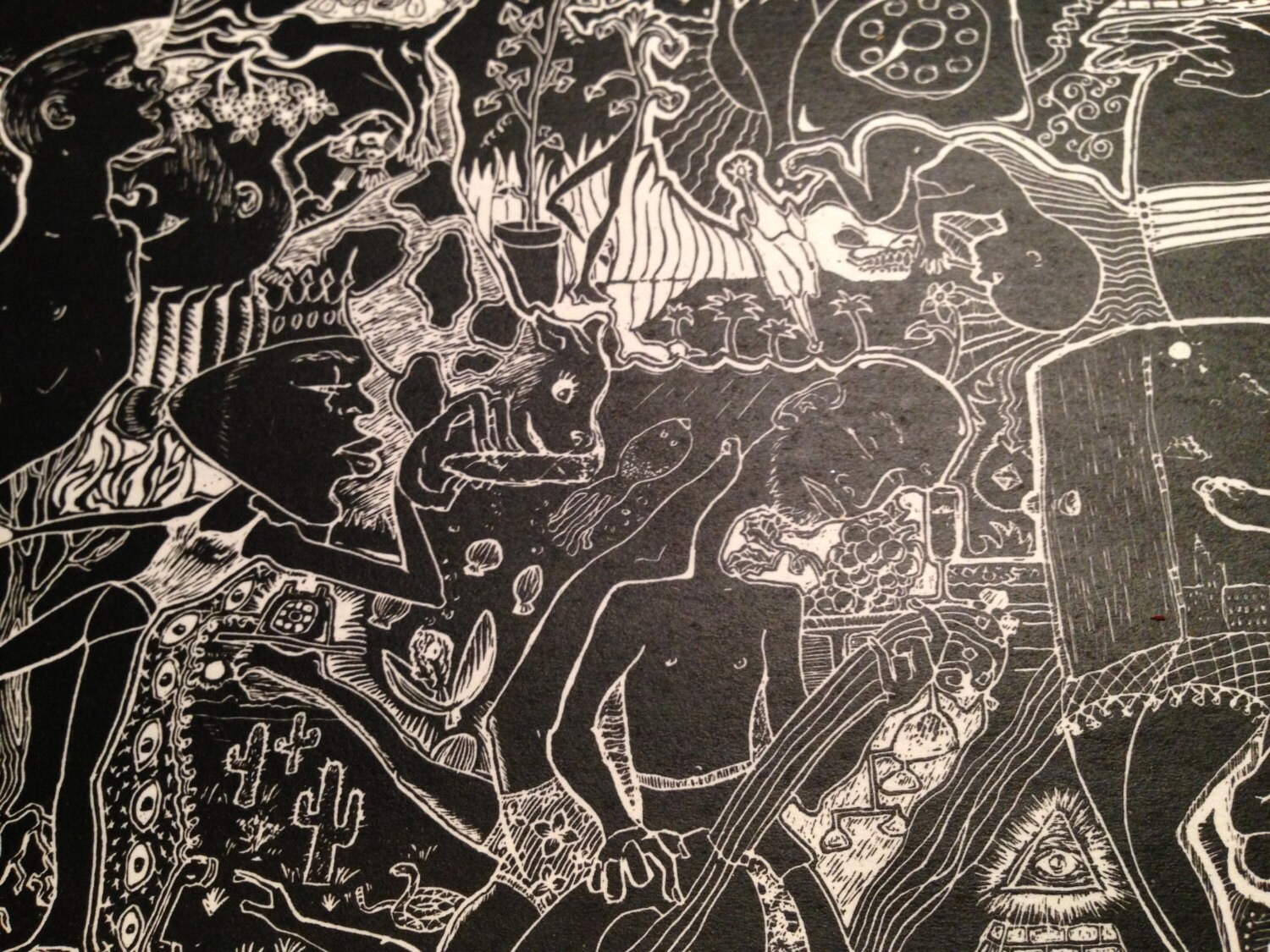 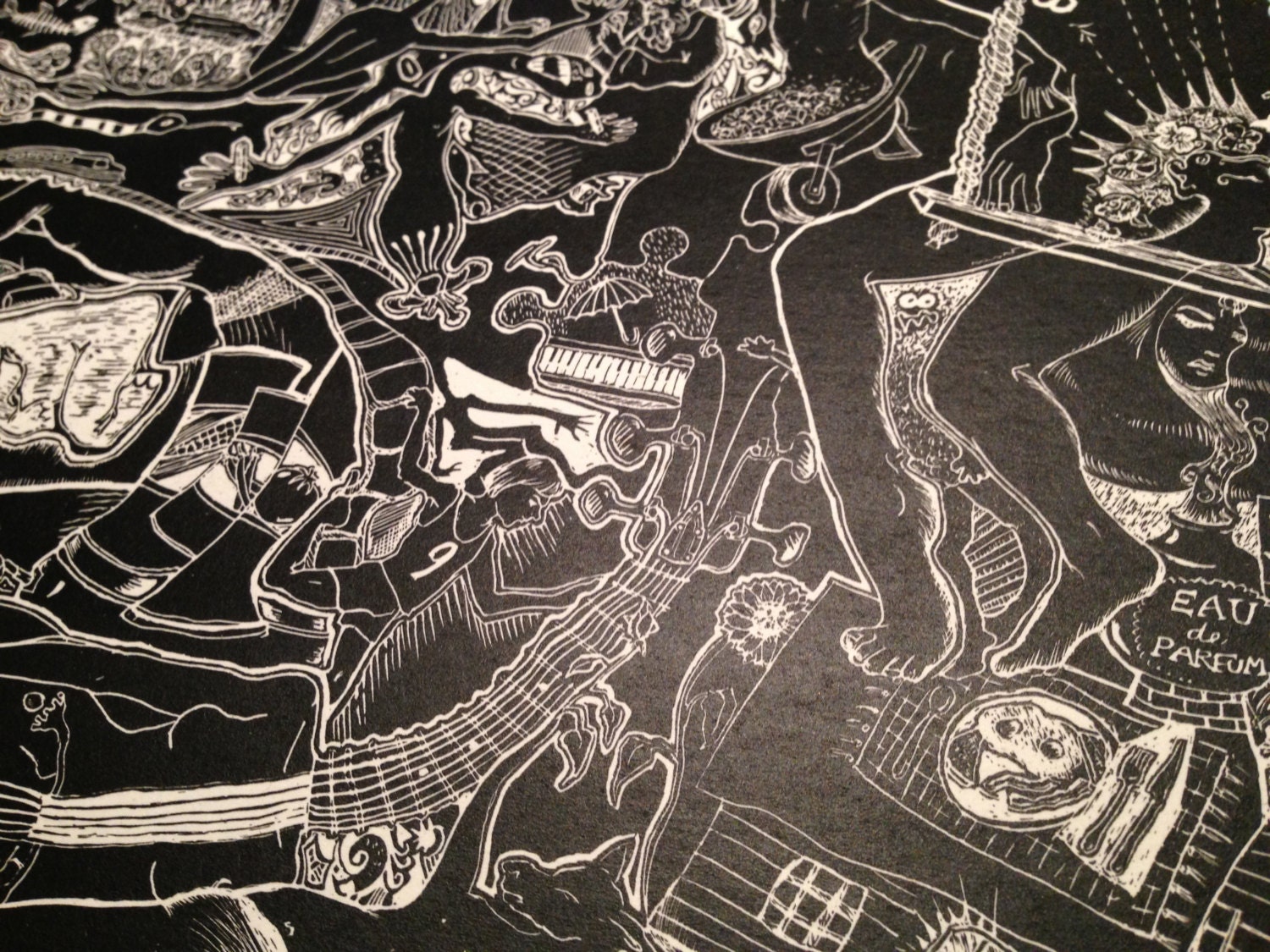 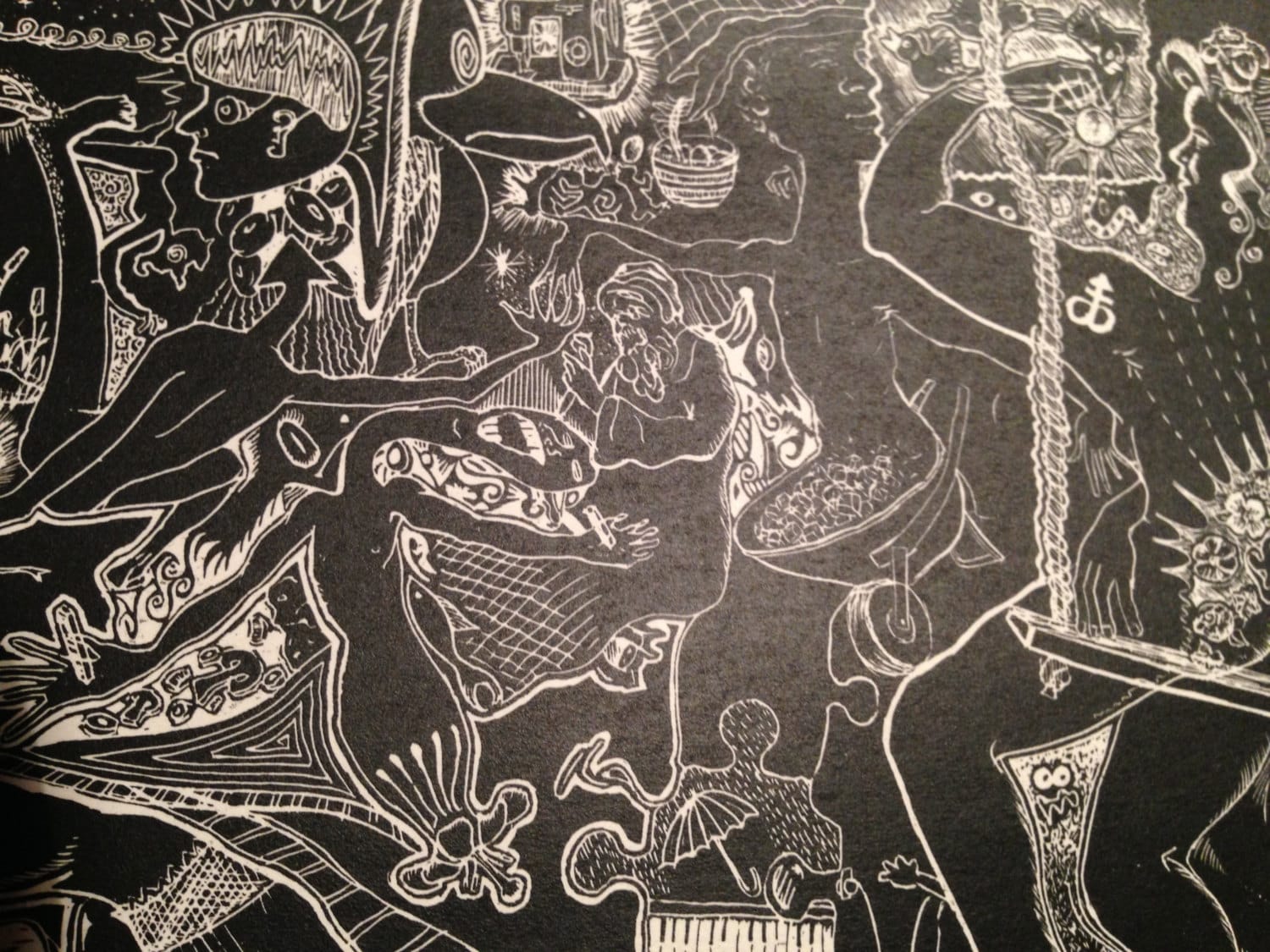 This is a rare opportunity to own one of my early masterpieces, a surreal scratchboard drawing that took six months to complete.

The backstory: In 1992 I left Seattle for Utah, following my boyfriend to a ski resort where he decided he wanted to work for the season. We got jobs at the resort and snowboarded, and in our spare time, hung out at our apartment. He played video games with our neighbor, and I started working on this drawing. Months later, I was about halfway done, and we started making plans for the spring. There was a Grateful Dead show in Las Vegas that we wanted to hit as part of a tour of the Southwest, so I made it a goal to have this poster finished by May so I would have something to sell in the lot. On the way there, we decided to also pick up some stuff to make grilled cheese sandwiches. It turned out that the sandwiches were so wildly popular, I didn't have any time to sell my posters. We worked the lot until we had enough for two tickets, and then went into the show. Sting was the opener, and it was my first Dead show. I didn't know much of the music, as I wasn't really a DeadHead. Still it was worth attending, for the cultural experience alone. Anyway, I was left with a lot of posters, which got boxed up and stored for a long time before I found them again years later. I have a couple dozen of them, but haven't seen the original in a long time. I would like them to go to good homes. They are good for hours of entertainment as there are a ton of tiny details. Hang one next to the toilet if you don't mind people spending a lot of time in your bathroom.

Scratchboard is an art medium that employs a special type of powder-coated paper which has been finely misted with India Ink. After a few coats of ink, the paper is ready to use. This drawing was created entirely with an exacto knife, carefully scraping off the ink with various illustrative techniques. I don't know if I would have the patience to do work like this at this point in my life, so it's likely that there will never be anything like it again, coming from me. And since I just might be famous someday, this would be a good early piece to own and frame. Hey, you never know.

The prints are all signed by me and will arrive in a mailing tube. Poster dimensions are 11" x 13"

Request a cancellation within: 2 days of purchase

I don't accept returns or exchanges

But please contact me if you have any problems with your order.

It's so amazing. So much is going on in the picture. I'm excited to give it a really good look in the near future once I get it up on the wall. Much excite. Such joy.

The poster is so interesting to look at, very good job. Shipped quickly. Great seller.

0 items in your cart